The Outcome Code Manager allows you to define outcome codes used in Q_Panel. Outcome codes are a powerful flexible tool for managing the return of data from your survey/interviewing systems to maintain contact history and panellist status so that you can make best use of your panellists.

For an explanation of the backfeed file format and upload please see the article on Backfeed Manager.

Click on Outcome Code Manager to see the list of codes that currently exist in your system: 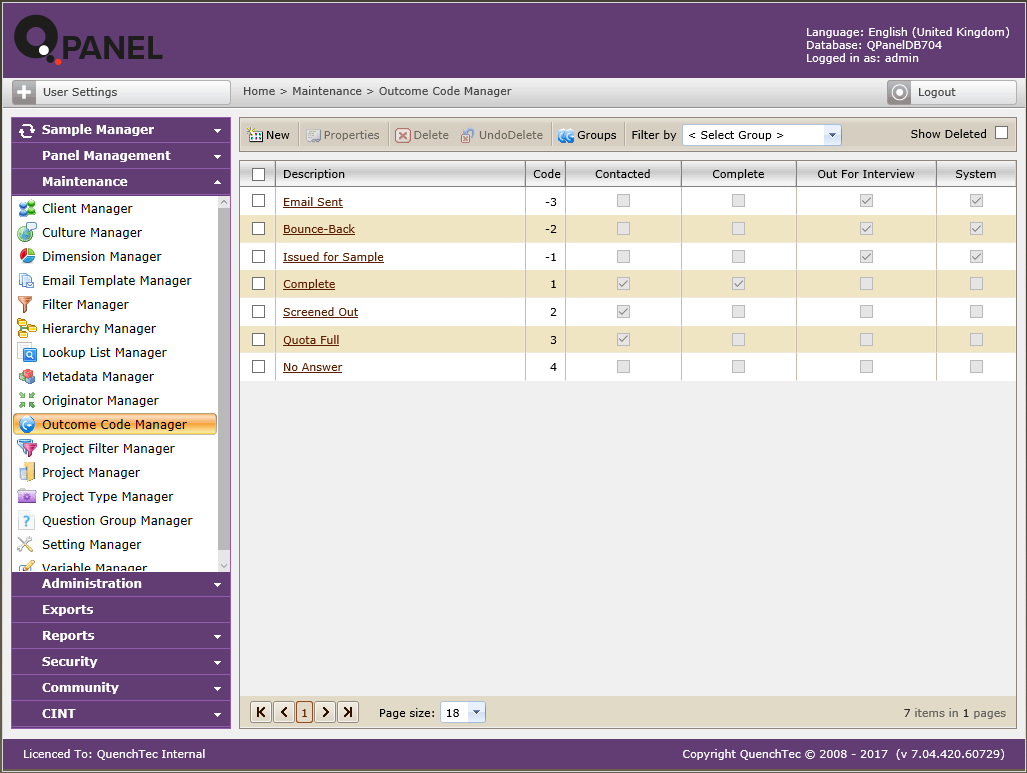 You can use the Groups toolbar button to create Groups and then assign outcome codes to Groups. Then you can use the Filter if you wish to see only one Group of codes in the list.

The Detail tab shows the properties of the outcome code selected. 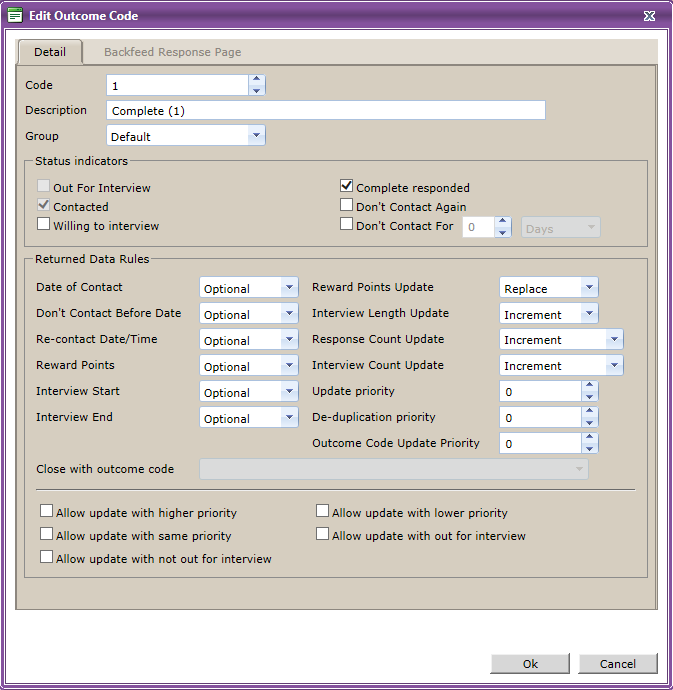 The priority being compared is the Update priority value.

The two rules above that relate to out (or not out) for interview determine whether an outcome code that has ‘Status Indicator’ Out for Interview set (or not set) can be processed.

It is important to understand the following with regards the processing of outcome code records by the Q_Panel Backfeed service:

A backfeed response page may be defined for each outcome code, to be displayed when backfeed is submitted via the backfeed URL function.

The backfeed URL function can be called by the interview script enabling the automated return of outcome codes and other associated contact history data.  Contact the QuenchTec support team for more information.

Click on the Backfeed Response Page tab for the outcome code. 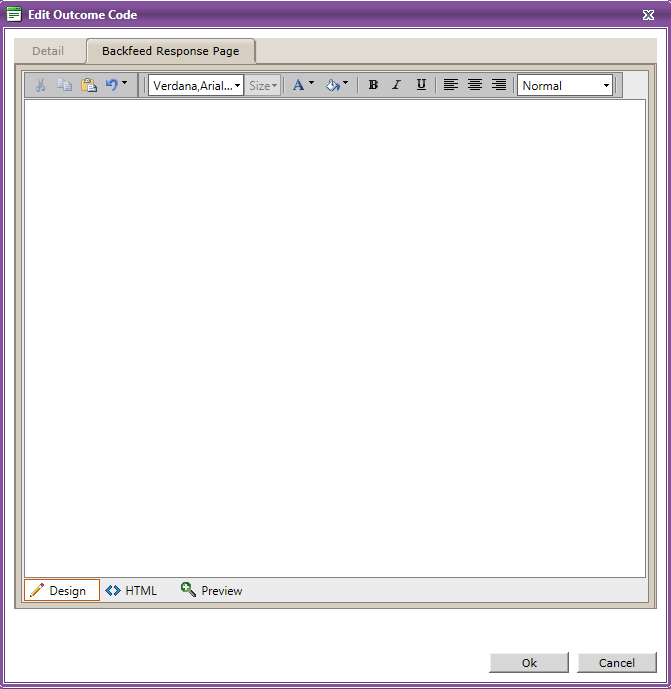 Enter the required HTML or a link that is displayed after the backfeed URL has been called.

There are three views: Design (default), HTML and Preview.  The Design view is a near-WYSIWYG editor; HTML allows you to edit the HTML code directly; Preview shows you the results in a non-editable preview mode.

The contents of this tab should be left blank if not required.