A prototype (sometimes called a survey) represents an activity comprising a group of one or more similar sample projects.

Prototypes are very similar to sample projects.  This article describes only the features unique to prototypes. Refer to the articles on sample projects for explanations of the remaining features.

Getting the right details set in the default prototype and prototype saves time and improves the consistency of key data among sample projects.

It is important to keep track when you are editing prototypes and sample projects because the screen views are so similar.

For this reason you will see the reminder watermarks ‘PROTOTYPE’, ‘DEFAULT PROTOTYPE’ and ‘SAMPLE’ on the relevant views.

Some prototype information can in turn be derived from a single Default Prototype for the panel database. This can be viewed and edited by clicking the database name in the navigation pane.  Each database has one default prototype.

To create a new prototype start in the Sample Manager, Filtered view as before.  Click New in the toolbar and the following screen appears: 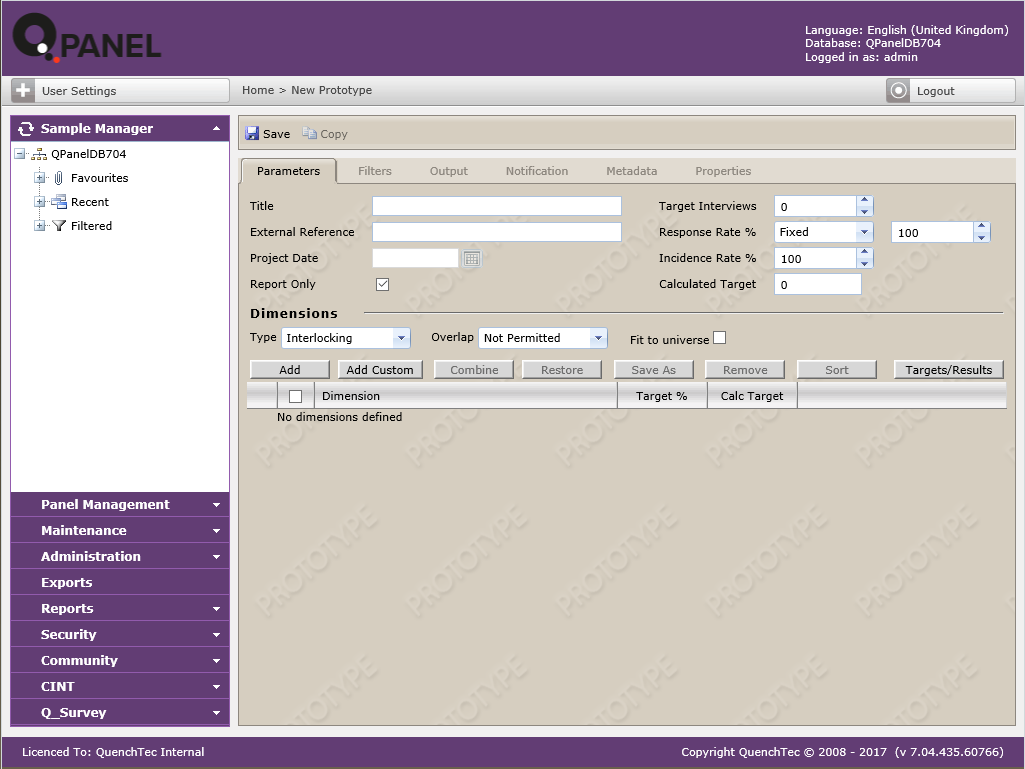 The tabs of a prototype are the same as a sample project but notice the word ‘PROTOTYPE’ as a diagonal watermark.

Prototypes must have unique names.  Q_Panel will prevent you from using the same name twice.

Click Filtered, select the prototype from the details list by checking the box next to its name and click the Properties button to see or edit the settings.  (If you click on the prototype name it will show you the samples list – if there are any for that prototype).