Click Add to bring up the Choose Dimension dialog. This displays the tree of variables from the selected database that can used as dimensions.

The variables that are shown in the Choose Dimension dialog under the Profile Variables folder are defined in Hierarchy Manager, which can be found within the Maintenance menu. In order to be available to add to a prototype or sample dimension, a variable must have the ‘Allowed in Sample/Prototype dimensions’ checkbox ticked. 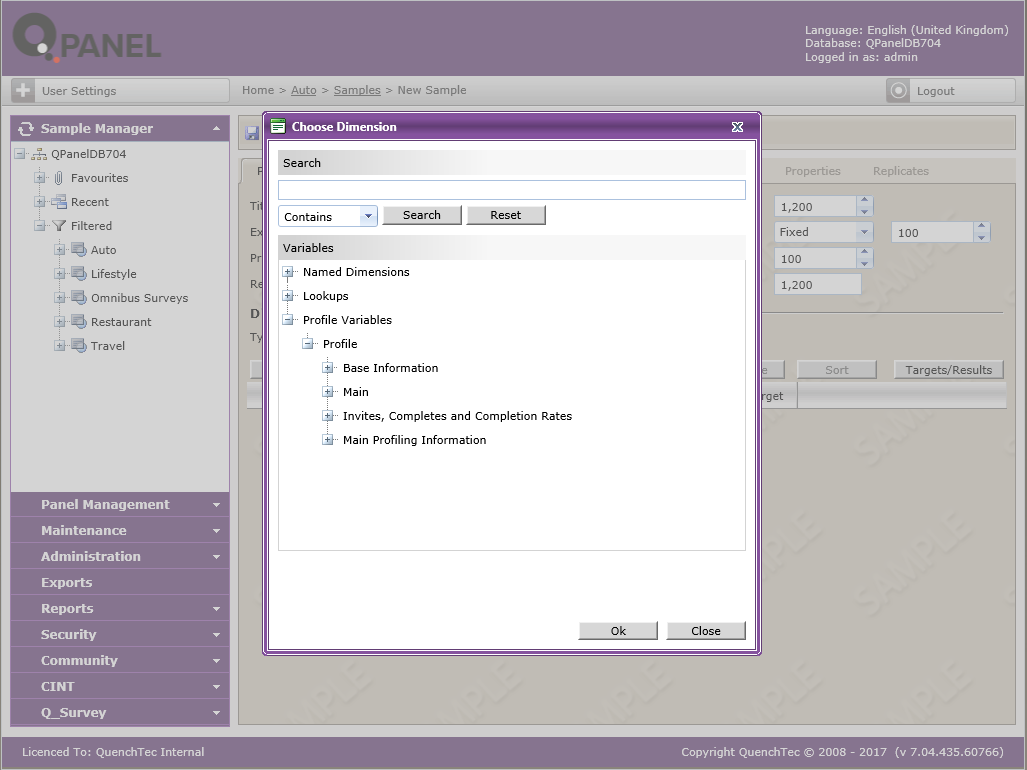 (As well as the variables defined within the Profile Variables folder, the user can select from the Named Dimensions or Lookups folders – these are explained in later articles.  If the sample uses an external file there will also be an External folder to choose from – see article about External Files for more details).

If the variable is Boolean or a single categoric, the values are shown as a selectable sub-list.  You can select some or all of these as elements of the dimension.  If the variable to be used as a dimension has no pre-defined elements, or is a multi categoric variable or a lookup list, you will need to add your own elements.

Salary is defined in the training database as a set of ranges and is an example of a single categoric dimension with pre-defined elements. SundayNewspapersRead has pre-defined multi-code elements (a panellist may read more than one paper). Age is set up for you to define your own numeric elements.

Click on the selection box next to Salary to select it and all of the elements below it: 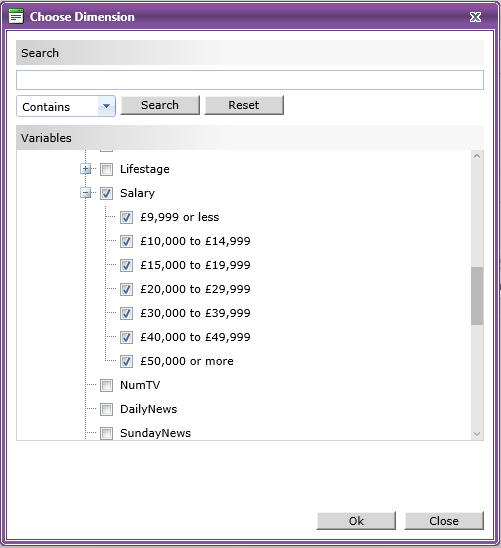 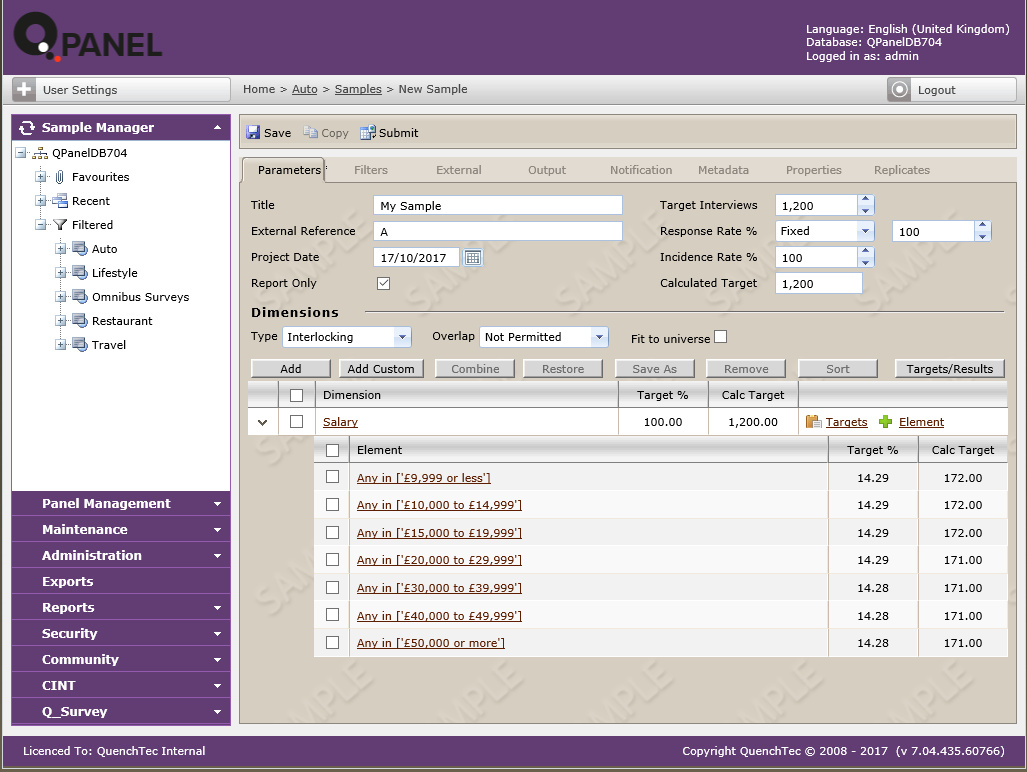 The dimension is displayed in the Parameters tab.  Salary is the dimension and Any in [‘£9,999 or less’] is the first of its seven elements.

Further dimensions and elements can be added as required. A scroll bar appears on the right if the list becomes longer than the screen.

Note that if using non-Interlocking dimensions, the sample must have at least two dimensions defined, each of which must contain at least two elements.  The sample cannot be submitted to the Job Queue unless these requirements are met.

Sample Manager initially apportions the Target % value for the dimension evenly across its elements: one-seventh each in this case as can be seen in the example.

To edit the Target % value for an element, click on the element name and change the percentages within the Edit Dimension Element dialog

Target % for all elements in a dimension can be pasted in from the clipboard by clicking on the Paste Targets button for the appropriate dimension.  (Targets should first be copied to the clipboard from excel or a text file).

On some browsers an intermediate Paste Clipboard Data dialog will appear into which the values should be pasted before being copied to the Targets/Results screen.  This is due to restricted clipboard access on browsers with specific security features.

Targets are recalculated proportionately when an element with a non-zero target is deleted.

In our example we will delete the element ‘£9,999 or less’ and combine the remaining element into two larger ranges.

Select all but two of the elements: 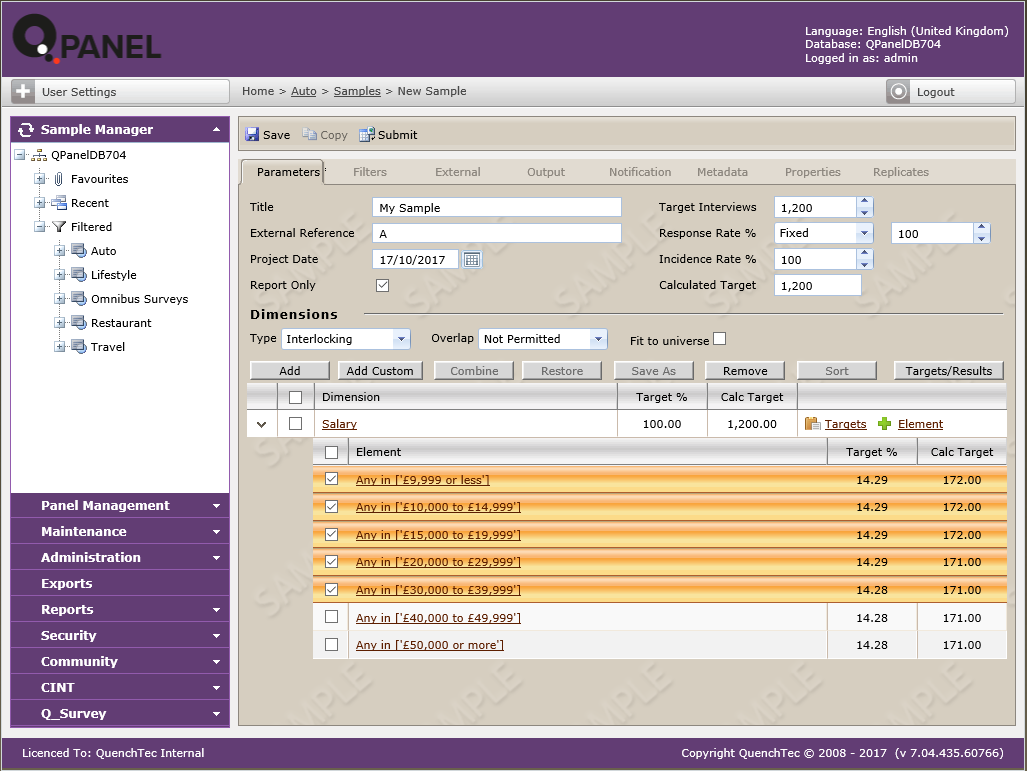 Click on the name of one of the remaining elements and in the Edit Dimension Element dialog select the elements you want in the first larger range. Also put in the Target % for this range: 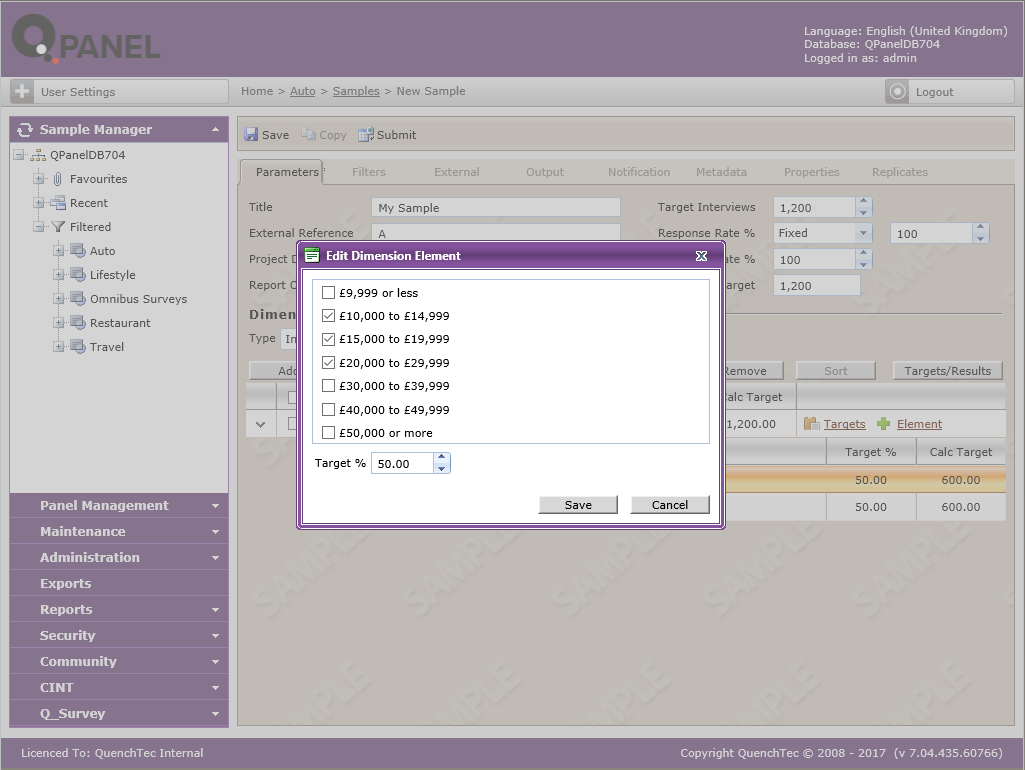 Repeat this process to group the remaining elements. The result should look like this: 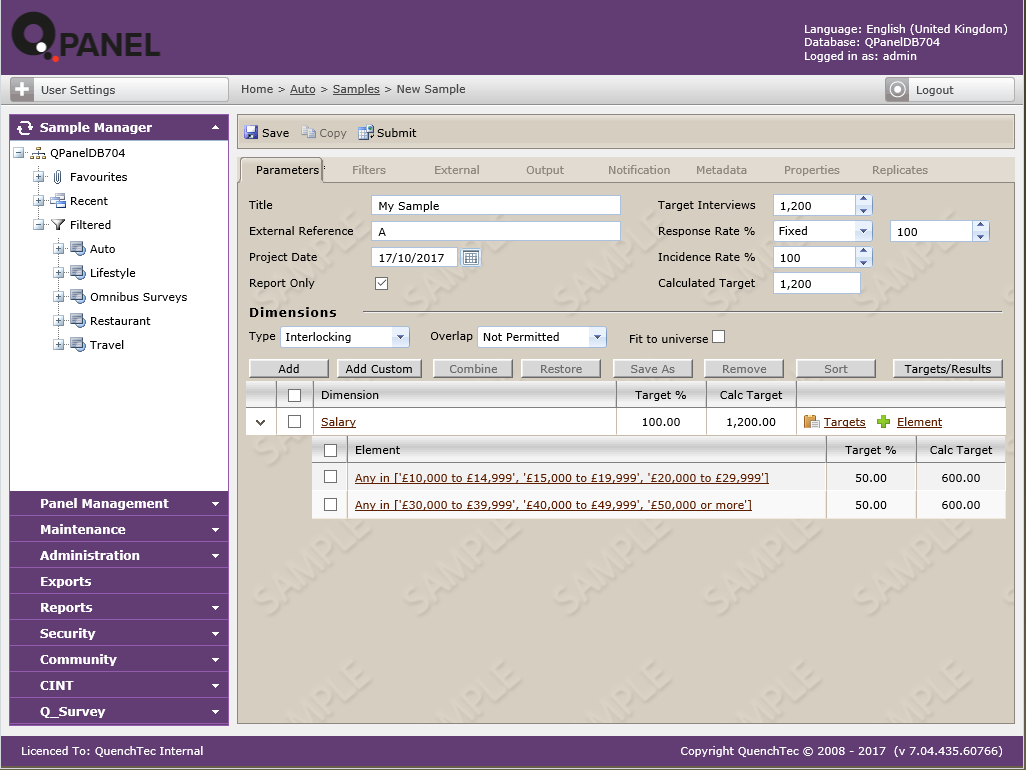 Click on + Element if you want to add further elements.

Your own numeric and date range elements can be added to dimensions that do not already have pre-defined elements.

For example: add the dimension Age to your sample project. Click + Element to get the Add Numeric Element dialog: 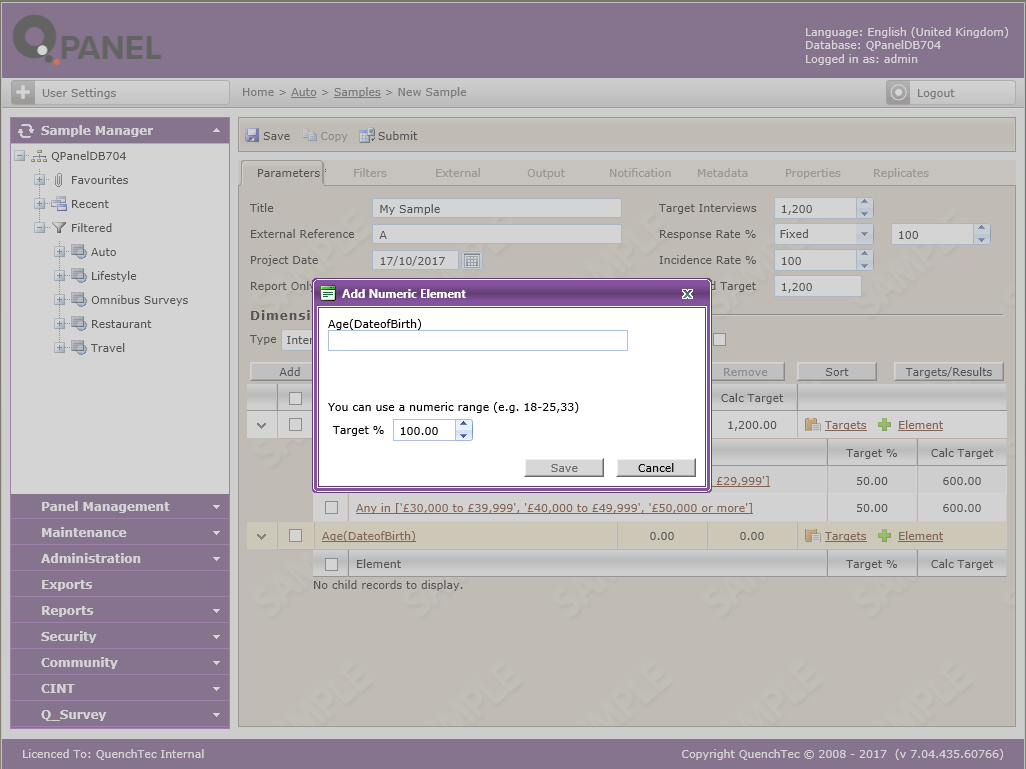 You can enter values and ranges such as: