Two or more dimensions can be combined to create a single custom dimension.  For example, to combine the simple dimensions Gender and Marital status, add both of these dimensions to the sample. 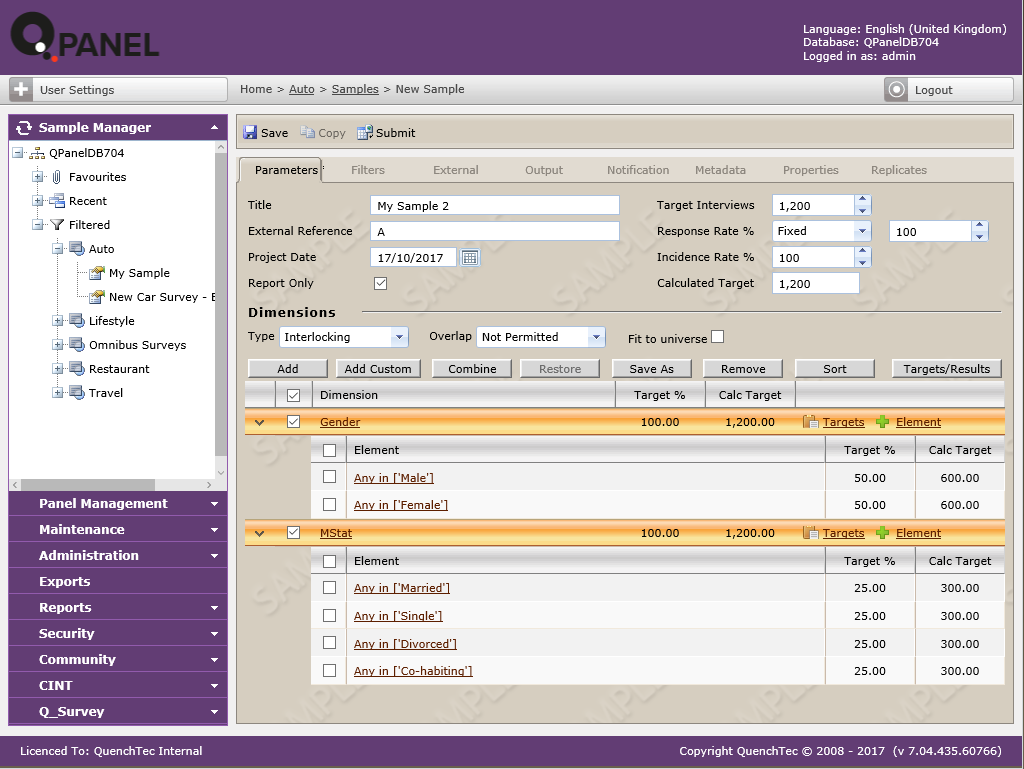 Tick the checkbox next to both of the dimension names and click on the Combine button. 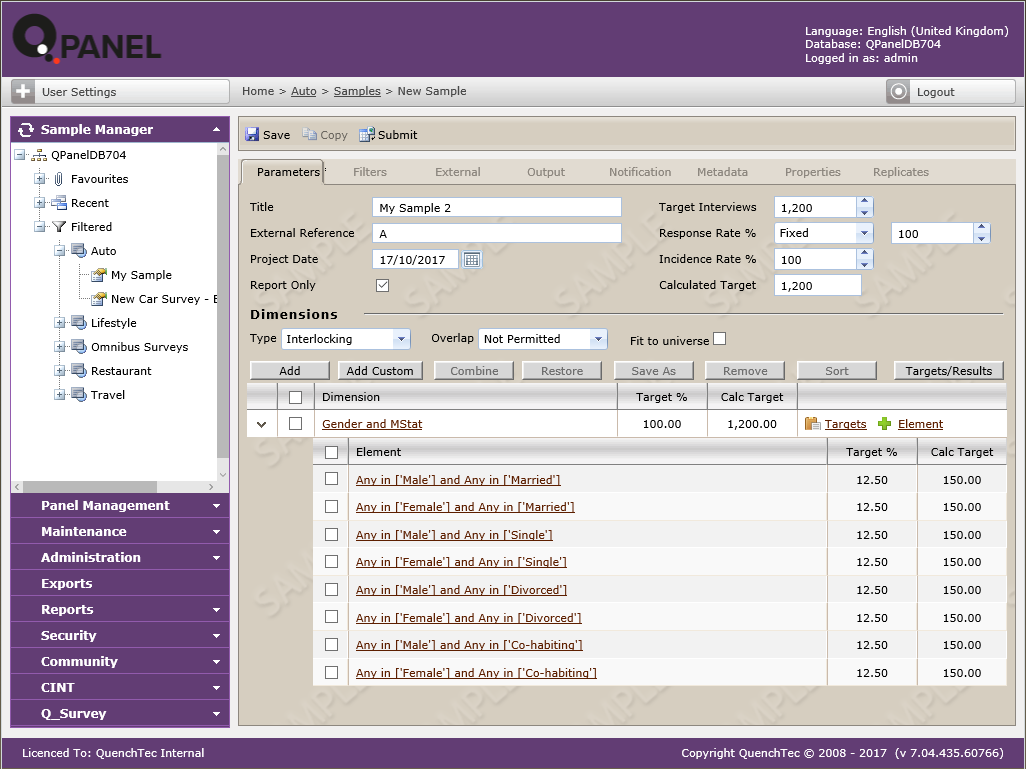 You may want to save this custom dimension as a named dimension to use in a later prototype or sample.

Combined dimensions can be restored to the original separate dimensions if required using the Restore button.

If you tend to use certain quota cell settings across many projects (e.g. demographic information or census percentage data), you can save the dimension and % targets as a Named Dimension which contains a standard set of quota cell definitions on which to base future projects.

In previous versions this was called a Quota Template.

This can be done as follows: