Lookup lists allow panellists to be grouped by different criteria such as geographical location or postal area depending on the value of a profile variable such as postcode or zipcode.

To use a lookup list as a dimension in a prototype or sample it can be selected from the Choose Dimension dialog. 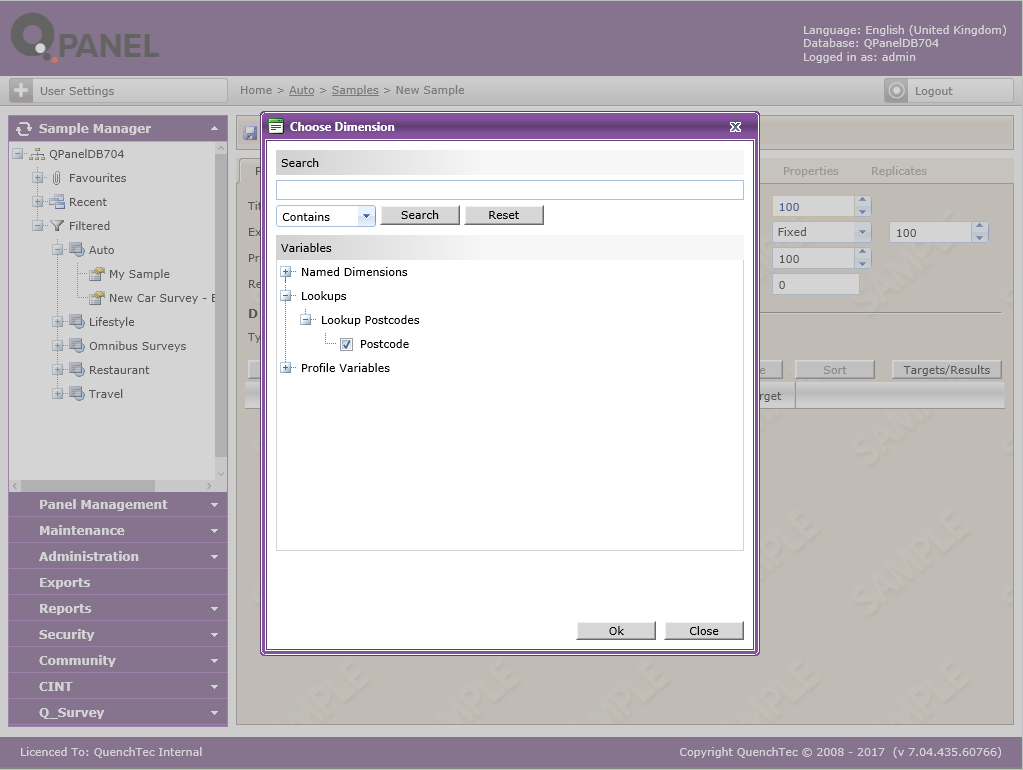 Expand the Lookups folder to see the lookup lists available.  Select the required lookup list and the required variable (there may be more than one variable associated with a lookup list).  Click on OK to add it to the sample.

Now add the required elements to the lookup list dimension. 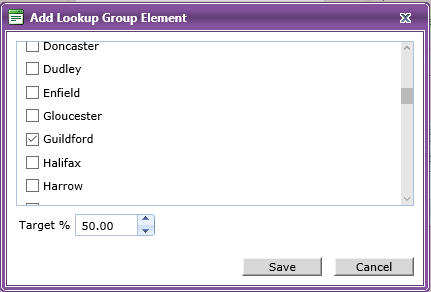 Enter the elements as required. 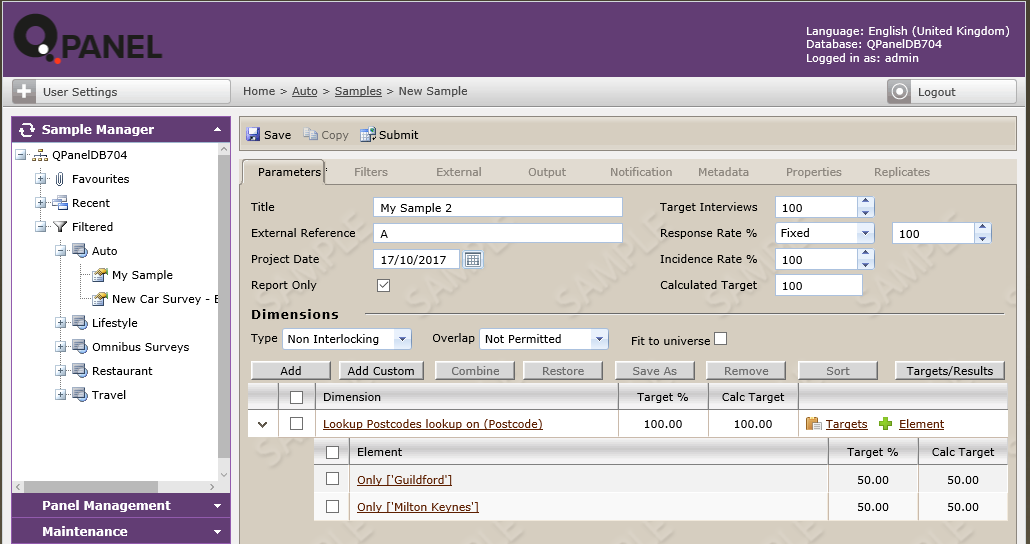 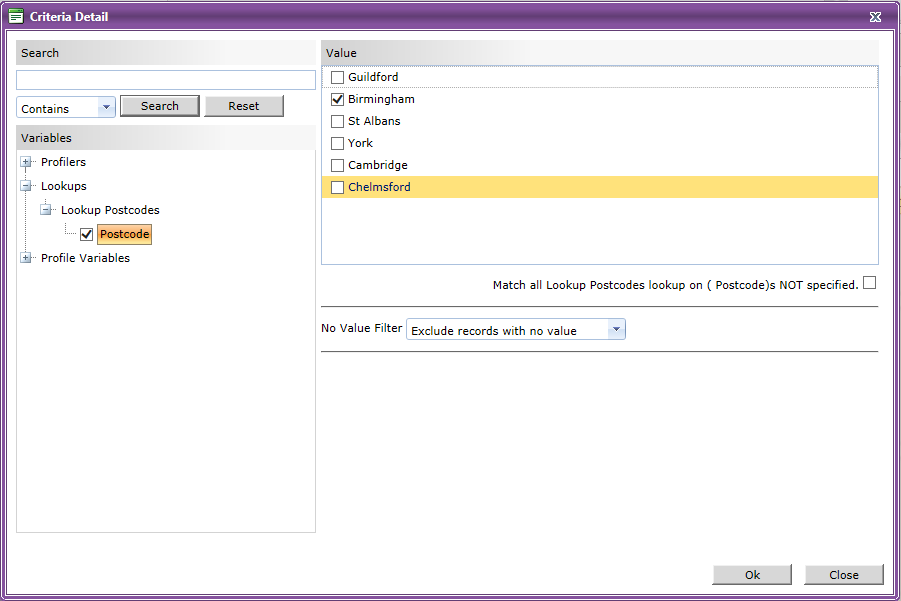 The filter looks as follows:

Click Save on the toolbar to save your filter.

Lookup lists may be created and/or maintained using Lookup List Manager within the Maintenance menu.