When a data file is loaded or in the process of being loaded by Data Import, Import Manager allows the user to keep track of progress by viewing the total number of records, the number imported so far, and the number of new and existing panel members imported from the data file.  The status of each record can be viewed along with the name, email address and reference of the panellist.

Emails can be sent to all panellists loaded from a data file.  For example, you may want to email all new panellists to welcome them – and if using Q_Community, send details of how to complete the registration process.

When the user is satisfied that the import is complete it can be marked as Complete and disappears from the screen (although can be viewed again if necessary). 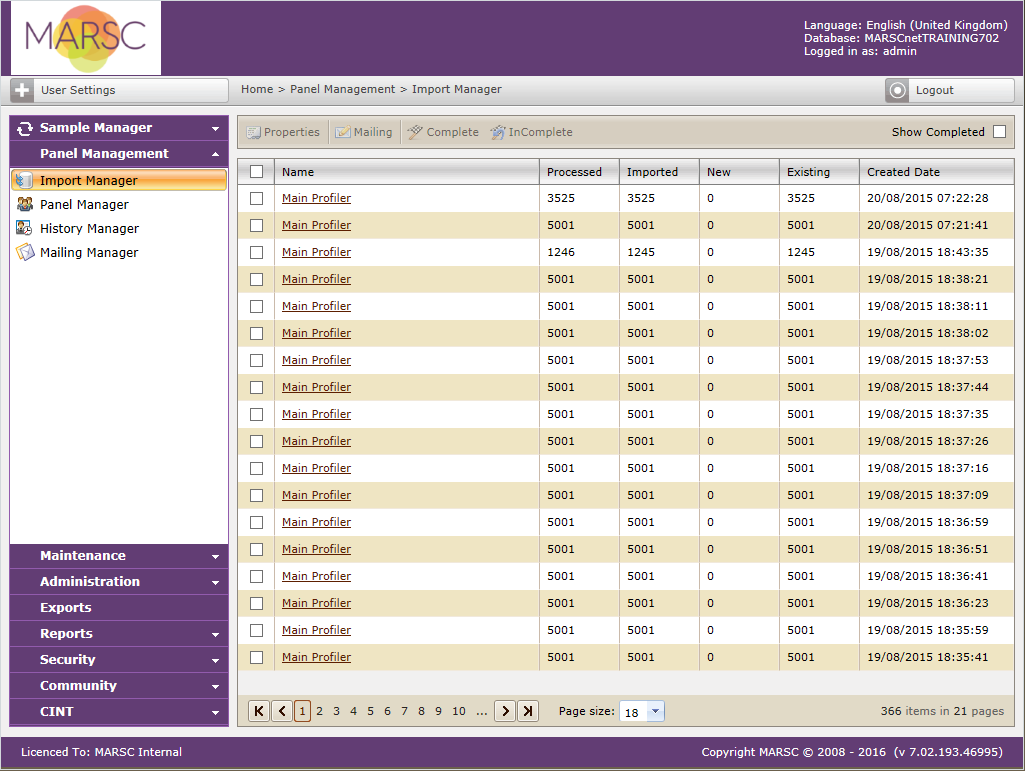 Import Manager shows a list of imports already performed by Data Import.  There will be an import record for every data file loaded.  The import name displayed will depend on the values in the Data Import configuration files.

To view the properties of an import click on the checkbox next to its name and select Properties from the toolbar, or simply click on the import name. 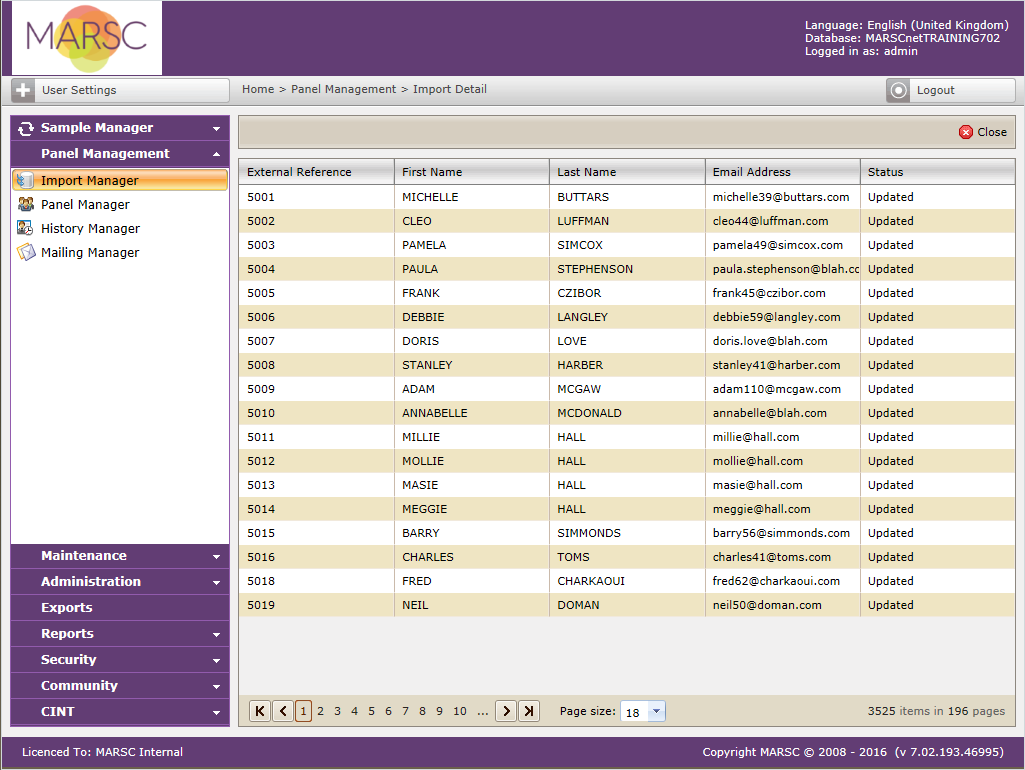 A list of the panel members imported will be displayed along with the status.

The status of each records in the import detail will usually be one of the following:

Note that Import Manager does not display any information about ‘variable’ type imports as these do not import or update panellist data.

To find out which records were not imported we can examine the properties of the file from the Import Detail screen. 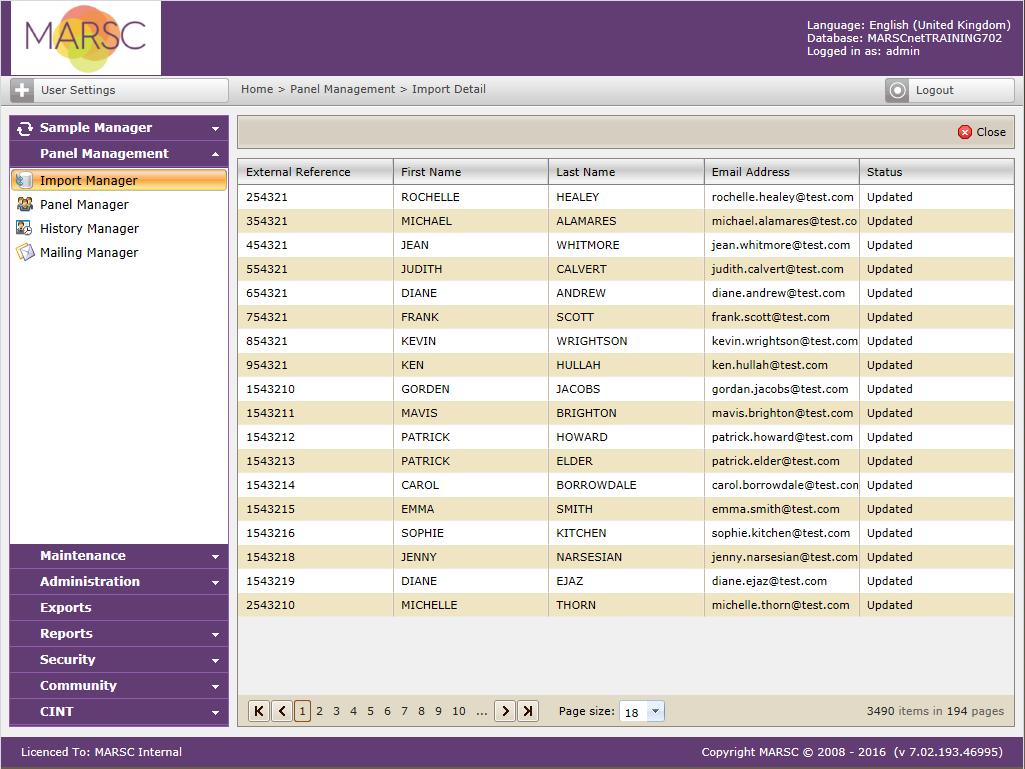 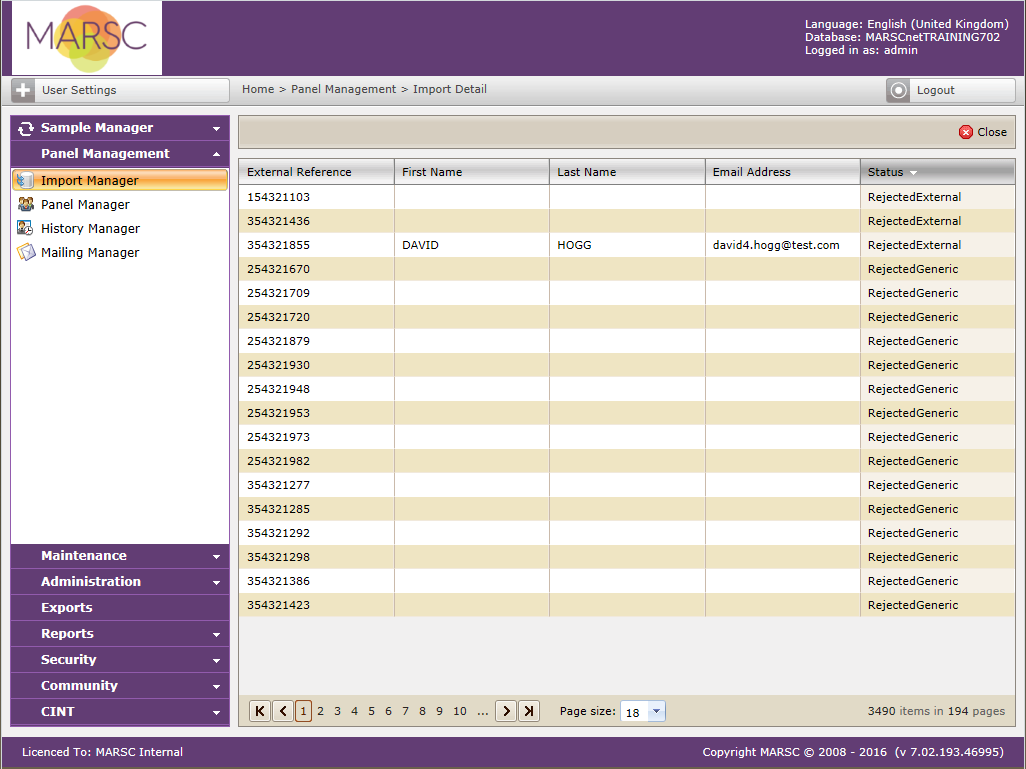 By default, Imports are classed as Incomplete and the Import Manager shows all Incomplete data files.  Once the user is satisfied that an imported file has been loaded successfully, emails have been sent to panellists and it is no longer required to appear on screen, it can be marked as Complete and will disappear from the screen.  Completed imports may still be viewed however by clicking on the Show Completed checkbox, and can be marked as Incomplete again if necessary.

To mark an import as Complete, click on the checkbox next to its name and click on Complete from the toolbar.

The import will disappear from the screen.

To see the completed imports click on the Show Completed checkbox on the toolbar.

Any completed imports will be shown greyed out.

To mark a Complete import as Incomplete, click on the checkbox next to its name and click on Incomplete from the toolbar.